Texas State University just hired its first-ever female police chief, and she has her eyes set on a goal—achieving dual accreditation for the University Police Department.

Before starting at the UPD on Feb. 4, Chief Laurie Espinoza Clouse worked at the University of North Texas. She first started at UNT’s Denton campus as a police officer and moved up the ranks to become a lieutenant. Later, Clouse transferred to UNT’s Fort Worth campus, where she was promoted to police chief.

“And the difference just in [those agencies] from pre-accreditation to now is just night and day,” Clouse said. “The difference in the level of professionalism and the performance and things like that is a pretty incredible thing to see.”

In order to achieve dual accreditation, the UPD has to maintain staffing that is in alignment with IACLEA and CALEA standards, and the department has to make sure that all of its policies conform with best practices set by the agencies.

Altogether, there are more than 600 best-practice standards the UPD would have to meet through both policy and practice in order to achieve dual accreditation. Clouse said accreditation will take three to five years—she hopes to get it done in four.

“You have to make sure that the policies are robust, that they meet all those standards,” Clouse said. “Then you’ve got to implement those policies before you can even start [the accreditation process] because they want to see three years of proofs.”

Capt. Rickey Lattie, who is in his 34th year at the UPD, said the department has tried to start the accreditation process a couple of times in the past, but it was unable to complete it due to staff turnover.

“Every time we’ve started it, the person who was doing it leaves,” Lattie said. “We needed somebody who would dedicate enough personnel to it because it does take some personnel time—it’s not a thing where you can just sit back and it happens—you have to have people dedicated to getting this done.”

Lattie said accreditation would not only help foster more trust from the community, but the process also holds the UPD accountable.

“It forces us to examine all of our processes and make sure that we’ve really dotted every ‘i’ and crossed every ‘t’ of following this practice—that we look at what we’re doing and compare it to what has been recognized as the good practice by official organizations, and we make sure that’s exactly what we’re doing,” Lattie said.

In addition to accreditation, Clouse said she hopes to refine the department’s organizational structure and to foster a good relationship with the Texas State community.

“I want the students to know that the UPD is here for them,” Clouse said. “It’s important to us that we provide good service, so I would encourage our student body to reach out to us. There is a spot on our website where you can either send concerns, or you can send compliments. And I’d like to hear both because it helps to understand what we’re doing well, and it also helps to understand where we can improve.” 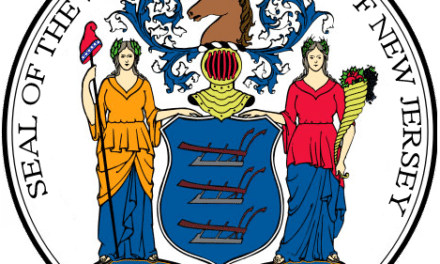 Does a Person Violate NJ’s Obstruction Statute when they Fail to Remove a Chain Lock from a Door During a Warrantless Search?